This story of ours was originally featured over on the Huckberry Journal.

Legend has is it that Alberto Santos-Dumont–one of the first men to fly in a fixed-wing aircraft–was enjoying a drink with his friend and watchmaker Louis Cartier in 1906 when he first commented on his need for a watch that could be read easily while flying. His pocket watch just wouldn’t work. The wristwatch itself was already in existence by that time, mostly worn as a ladies’ fashion item, but it was the Cartier Santos, the first pilot watch for one of the fathers of aviation, that really popularized the wristwatch for the world at large. 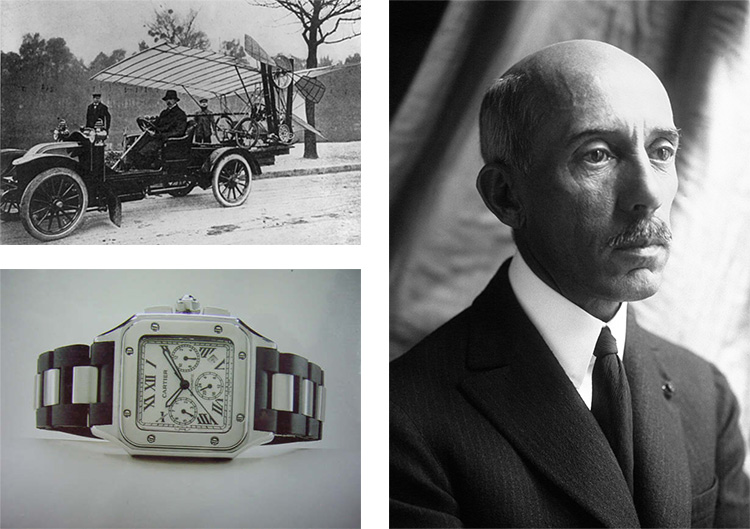 From that point on, as flying became more widespread, so too did use of the pilot watch. And as aviation advanced, the pilot watch evolved to meet its needs. 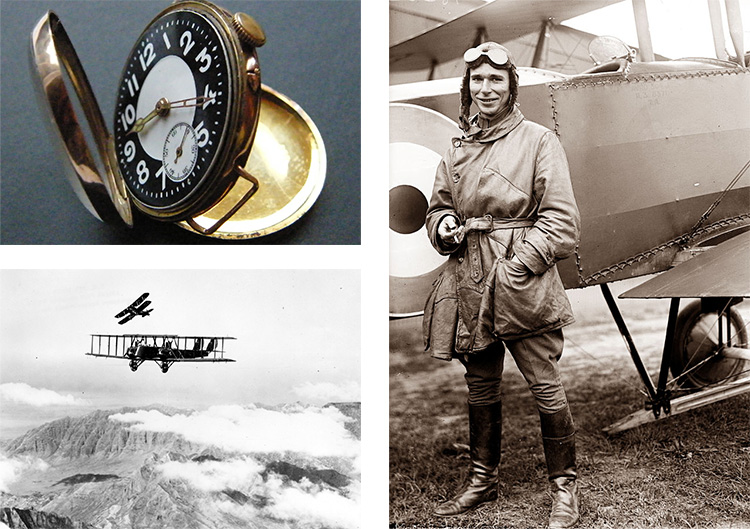 WWI: The End of the Pocket Watch

The explosion of World War I in Europe shaped the functionality of the pilot watch as a tool for combat. Military-commissioned pocket watches for the first fighter pilots, like the Mark IV.A and Mark V, needed to be not only accurate, but also shock-resistant and easily readable in the dark. This period was the last to really utilize the pocket watch as a pilot’s tool, once the convenience and durability embodied by the progressive technology of the wristwatch became paramount in watch production. 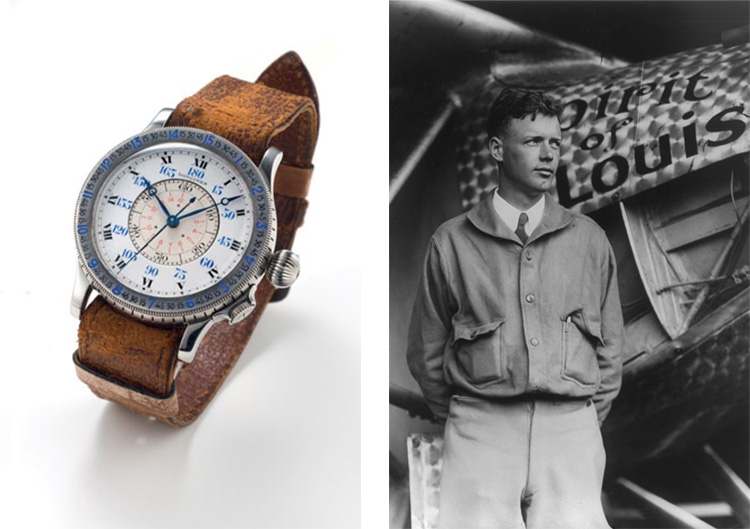 It was Charles Lindbergh’s history-making trans-Atlantic flight in 1927 that solidified the pilot watch as key navigational tool for flight. The watch he relied on was a Longines, and when he returned, an inspired Lindbergh immediately set about developing a watch with the company that would help pilots determine their location while over the open ocean. Adapted from the nautical navigation watch, the Hour Angle watch featured a demarcated rotating bezel that allowed for the  calculation of longitude, and its unique dial markings allowed a pilot to instantly tell his location by corresponding the time with the earth’s 360-degree rotation (the so-named “hour angle”).

Lindbergh was revolutionary. He proved that aeronautics would be key in bringing the world together, and his insight ensured that a well-designed watch would be instrumental in the future of aviation. 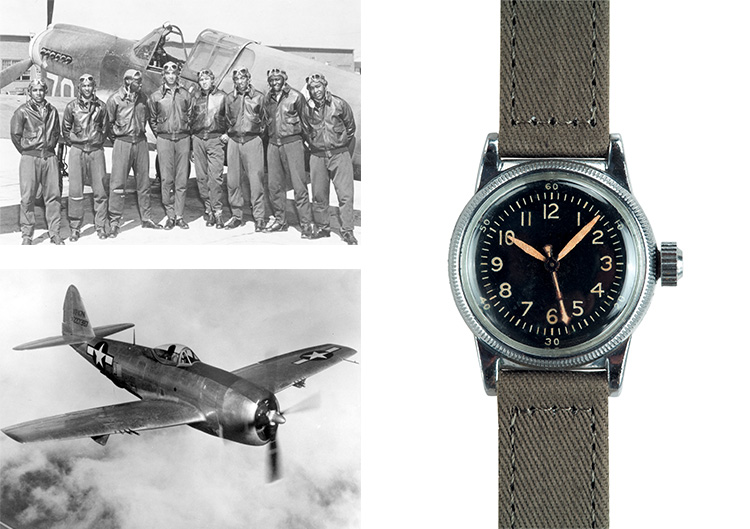 The next major moment in the evolution of the pilot watch came with the advent of World War II, when there was an increased need for a watch that could be read at a glance during day or night missions. The iconic watch of the war was the American-produced A-11, a small and simple but extremely durable and reliable pilot’s watch that saw the United States Army Air Forces through crucial events leading to an eventual Allied victory. But it was during the post-war aviation boom that the pilot watch took on the easily-identifiable, complicated characteristics seen in a lot of modern watch models as materials, money, and movement around the world flowed more freely.

They’re tough, for one thing. A pilot watch is built to take a lot of knocks and keep on ticking. It needs to be able to withstand constant changes in pressure, and will contain a nonmagnetic inner mechanism so that it doesn’t lose accuracy during flight. As far as what it looks like, the answer is not so simple. For a tool that has evolved to suit various needs, the pilot watch has developed different characteristics based on what it’s used for:

Complex chronographs, like those produced by Breitling, contain not only a stopwatch feature for timekeeping, but they also feature a slide rule bezel which helps pilots to calculate speed, distance, and fuel consumption all on the wrist. Some chronographs will also have an additional flyback complication, which allows you to use the stopwatch without having to stop the chronograph – basically, if you want to reset the timer, just press a button and the seconds hand will “fly back” to zero and start again. These added complications make chronographs particularly useful for working pilots who need to measure time intervals while in flight, but also have their place in more casual use. 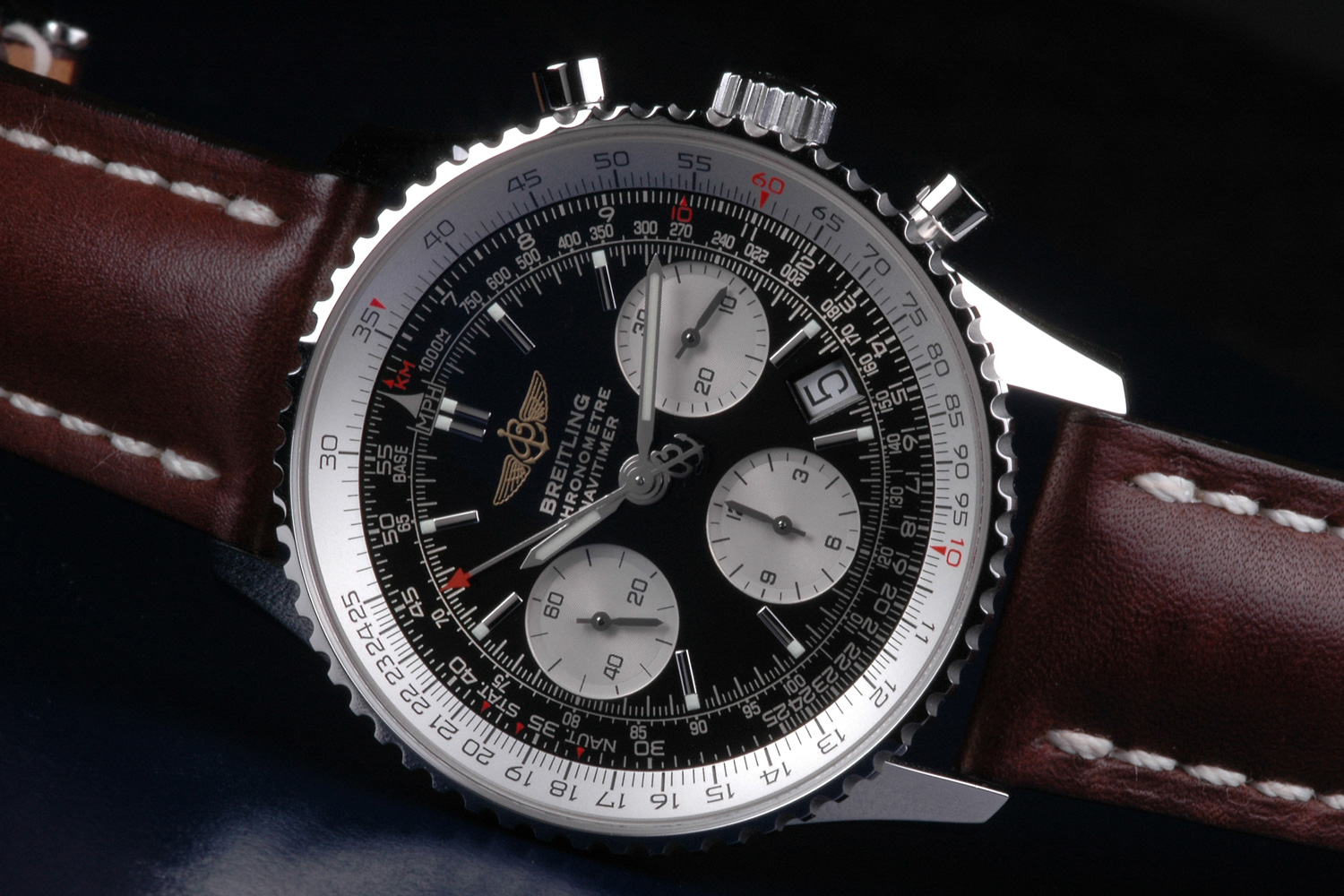 Then there are the very straightforward and utilitarian fliegers, based on the original B-Uhr watch produced for the German Luftwaffe in World War II, with their minimalist black dials and luminous hands and markers designed for maximum legibility and navigation. This deceptively simple design and larger dial makes the flieger a no-fuss fashion item for the modern watch wearer, whether you need to navigate in the dark or not.

And then you have the iconic dual-colored, rotating bezel watches developed for commercial pilots during the aviation age of the 1950’s and 1960’s, like the Rolex GMT Master, which introduced an easy-to-read design for telling time between multiple time zones that remains a classic look for watches even today.

Since the complex functions found in early pilot watches migrated from the wrist to the plane’s instrument panel, and given the increased sophistication in aviation technology, we don’t have as much practical need for a lot of the complications that made the pilot watch a necessity in the early and mid-20th century. But we still love the pilot watch for its historical significance, its appealing design, and the sense of adventure and possibility we feel when we wear one on our wrist.