A newfound appreciation for steel and gold has our Shop Editor reaching for his wallet.

Or at least I didn’t think I did.

Maybe it was a lie I was telling myself over the years to avoid the extra expense of a little gold. Or maybe I was too timid to admit any internal tendency toward two tone. 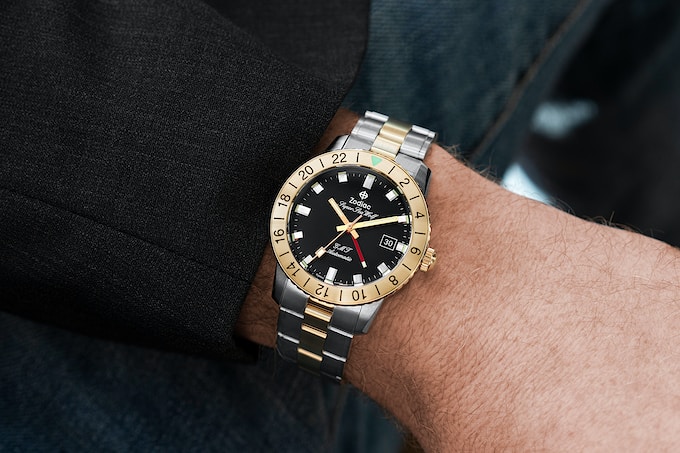 I have no idea, honestly. But it’s something I’ve reflected on quite a bit since reading Danny’s recent defense of the combo-metal construction. If you haven’t checked out his opinion piece that dropped during the heat of ’80s Week, stop what you’re doing, don’t pass go, and give it a read. 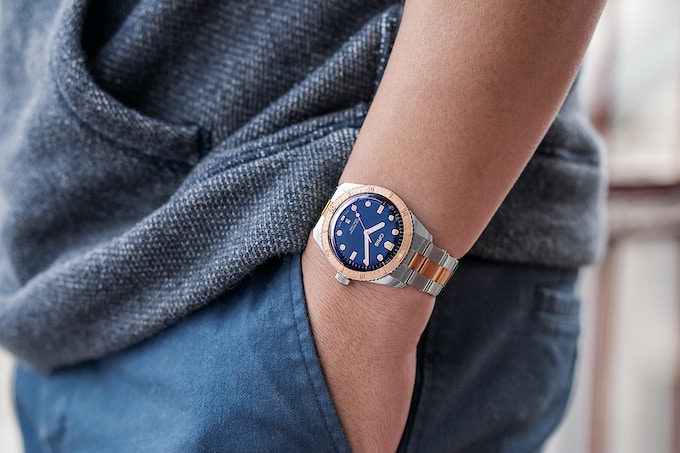 Ok – all finished? Good. So if you’re like me and previously shunned two-tone watches, you’re probably now confused about your internal inclinations. Some of those watches look downright incredible, right? (Honestly though, any Vacheron Constantin 222 will make my heart skip a beat.) Well, here’s your chance to make amends with any previous two-tone dismissals. In my hunt to satisfy my own burgeoning appreciation for the look, I’ve unearthed a small selection of two-tone watches available in the HODINKEE Shop that will more than do the job.

Now you can join me – and my wallet – in cursing Danny’s excellent writing.

More than any other genre, dive watches tend to look the most natural in steel and gold. I think it’s their easy going, highly versatile personality. A dive watch looks just as good at the beach as it does on a yacht as it does at the public pool, so it’s not much of a stretch to say it would pass muster in any metal – or combination thereof – that you can come up with. 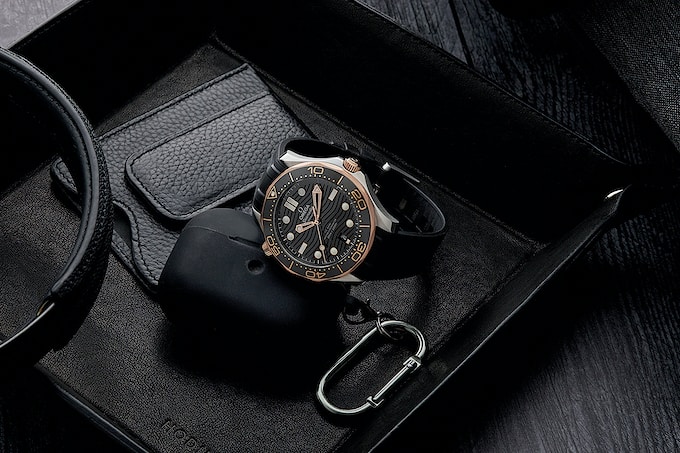 OMEGA – as you no doubt are aware – makes one of the best dive watches out there in its Seamaster Diver 300M collection. It shouldn’t be any surprise, then, that the series is replete with two-tone options. But here’s the kicker: Do you choose traditional yellow gold and steel – dearly departed ’80s Week would approve – or a combination of steel and OMEGA’s proprietary Sedna gold alloy?

(Sedna gold, as a reminder, blends gold – at least 75 percent of the final mixture – with copper and palladium to create a unique red gold variant with a particularly long lasting color.)

I have my eye on the black dial and rubber strap combination in Sedna gold and steel, but there’s also something about the blue dial and bracelet option in yellow gold and steel that makes it difficult to choose. Sedna gold works nicely in both blue and black options, but I particularly appreciate how it complements the engraved black ceramic dial. Yellow gold and blue, on the other hand, is an old-school combination that immediately catches the eye.

There are five different two-tone OMEGA Seamaster Diver 300M variants currently available in the HODINKEE Shop. Each one features a bezel, crown, helium-escape valve, handset, hour markers, and inner bracelet links (when applicable) made of either yellow gold or Sedna gold. Pricing starts at $6,900, and extends up to $10,500; pick your favorite right here.

The most recent two-tone watch to land in the HODINKEE Shop, this take on TAG Heuer’s classic Carrera chronograph pairs an inky black dial and ceramic bezel with rose gold elements, all inside a large 44mm case profile. 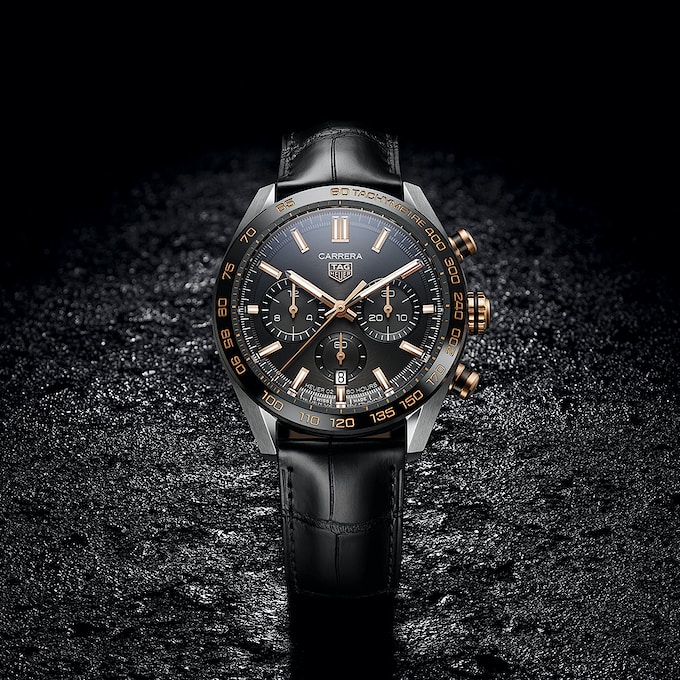 The Carrera is typically associated with clean and compelling mid-1960s chronographs that steered away from imposing dimensions and crowded scales, but that doesn’t mean the new Carrera Sport series isn’t authentic to the history of TAG Heuer. I equate the big, bold Carrera Sport models with the Heuer chronographs of the late 1970s and early ’80s – think classics like the Montreal, the Daytona (yes, there was a Heuer Daytona), and the Kentucky. These underrated vintage chronographs weren’t Carreras, but they offered plenty of eye-popping aesthetics that built on the ground that the original 1960s Heuer chronographs laid down. 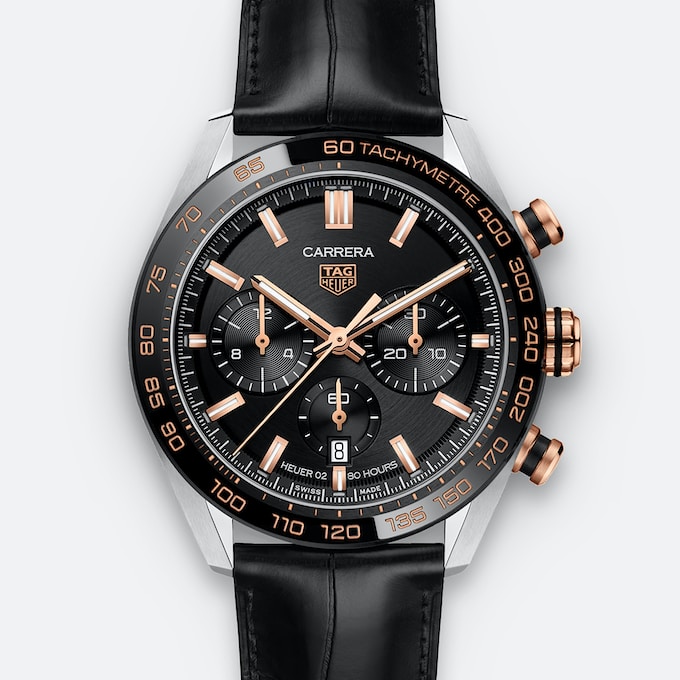 This Carrera Sport features gold-plated hands and hour markers as well as an 18k 5N gold crown and chronograph pushers. It trades the bracelet found on the rest of the Carrera Sport models for a black alligator leather strap, just to dress things up a bit. Featuring the in-house automatic Calibre Heuer 02 inside (read our deep dive on the movement here), this two-tone chronograph packs quite the punch at $6,550.

Oris introduced a curveball into the two-tone world with this iteration of its vintage-inspired Divers Sixty-Five. Gold is seldomly used by the Hölstein-based brand, so Oris decided to riff on the two-tone theme with a combination of stainless steel and bronze. 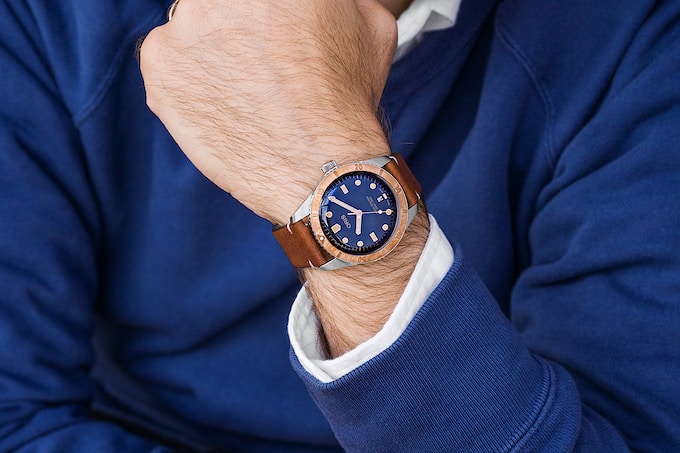 Oris has used bronze in its watches so frequently over the past five years that the resulting “BiCo” (bicolor) models seem inevitable when you think about it. Oris has long made a practice of incorporating bronze in small – and large – doses into its watches, but the pair of BiCo watches land right in the middle, with a dark blue dial and steel case that contrasts wonderfully with the warmth of the bronze bezel insert. 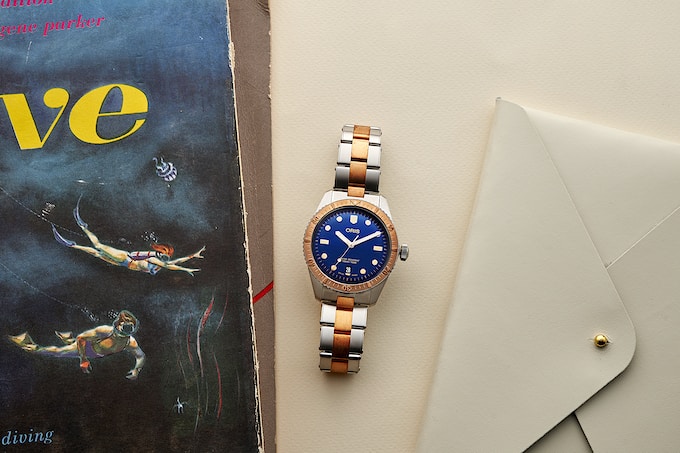 There is an option on a leather strap, but I like how the bracelet variant pushes the bronze application even further, with central bronze links surrounded by steel. Of course, the bronze elements on both watches will naturally patina in a way that’s unique to the wearer, a very cool – and personal – way to experiment with two tone without going for gold.

And being an Oris, the value is readily apparent, with both variants priced under $2,500.

The Super Sea Wolf GMT was an immediate hit for Zodiac upon its release in 2019 – we should know; we even teamed up with the brand to bring you a colorful HODINKEE Shop-exclusive release later that year. The only problem? The watches were so popular that Zodiac’s initial approach of releasing each GMT as a limited-edition wasn’t enough to satisfy demand. 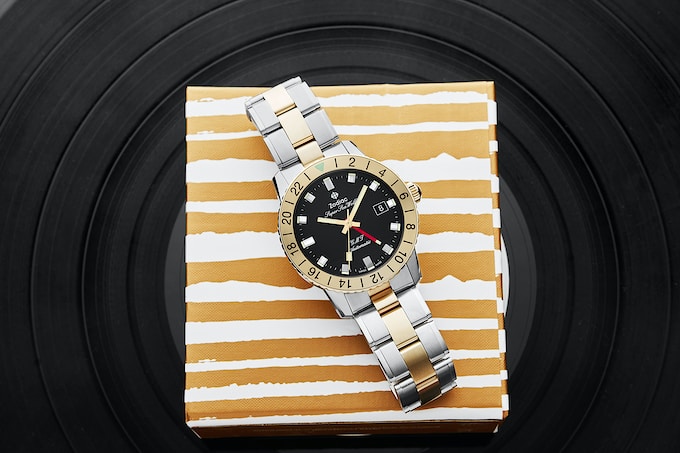 Late last year, Zodiac solved the problem with the first pair of contemporary Super Sea Wolf GMTs to enter serial production. And more importantly for us today, one of those watches came in an ultra-clean take on two tone. To keep the price approachable, Zodiac isn’t using solid gold here, instead relying on gold-IP-coated steel to bring the contrast. But on the wrist, you can’t tell the difference. And for $1,795, it looks absolutely killer – see for yourself right here.

Is it any surprise that we saved the funkiest watch for last? Your prize for making it to the bottom of this round-up is a Speedmaster of a different stripe, with a steel case and a sunburst grey dial brought to life by a green ceramic bezel with Ceragold tachymeter scale and an 18k yellow gold crown and chronograph pushers. 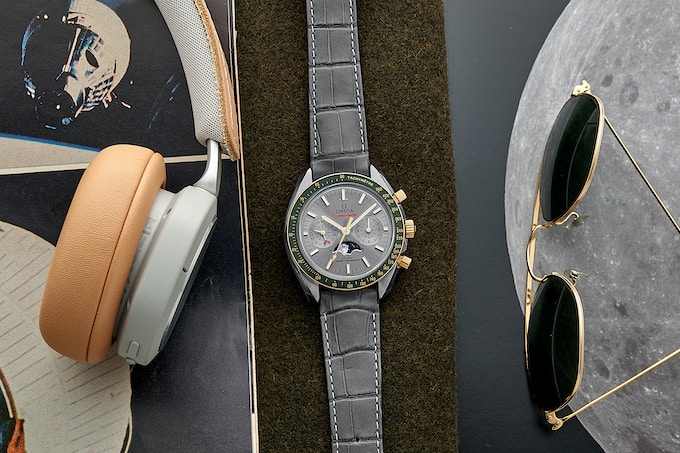 You might recognize the dial layout of this Speedmaster. With its six o’clock moon-phase and dueling stacked registers, there’s no doubt that the Master Chronometer Co-Axial Caliber 9904 ticks inside. First seen inside what was certainly 2016’s hero Speedmaster release, watches with this movement feature a photorealistic moon-phase display complete with a reproduction of Buzz Aldrin’s footprint where the Eagle lander touched down inside the Sea of Tranquillity during 1969’s Apollo 11. Yes, really.

With green, grey, and gold all coming together here, this Speedmaster offers an excellent case study in exactly how far you’re willing to go when it comes to embracing two tone.

It’s a Speedmaster you may not have seen before, but it’s become a favorite among HODINKEE Shop team members for marching to the beat of its own drum.

Let Your Two-Tone Flag Fly In The HODINKEE Shop

Are you ready to embrace the “new dawn of steel and gold,” as Danny calls it? Or are you more of a straight shooter who prefers their watch cases to remain an undiluted single metal? 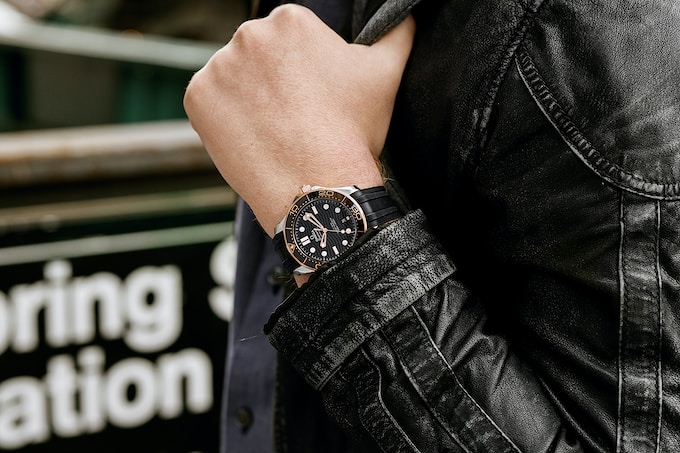 Whatever you prefer, we’ve got a watch waiting for you in the HODINKEE Shop.

Watching Movies: The 1970s Version Of 'King Kong' Includes A Monster Of A Rolex

A Week On The Wrist: The Tudor Black Bay Fifty-Eight