The Sports Section: What’s the Best Watch For Outdoor Adventure?

We asked nine real-life backpackers, kayakers, and fishermen at the adventure brand Huckberry to share what they wear.

When you’re heading into the wilderness, you’re gonna want a watch. That way you can time your morning hike so you return to camp before breakfast. Or use the GPS if you get lost. Or harness the sun’s rays to build a fire when you realize you forgot the matches.

The question is: Which watch should you take?

Now, we have our share of outdoorsy staffers here at HODINKEE. James Stacey is a certified scuba diver, for instance, and Cole Pennington was raised by wolves. But to give our list some extra cred, we turned to our friends at Huckberry, the Austin brand responsible for some of America’s coziest sleeping bags, driest rain boots, sharpest pocket knives, ruggedest coolers, and most essential Coors Banquet corduroy hats. 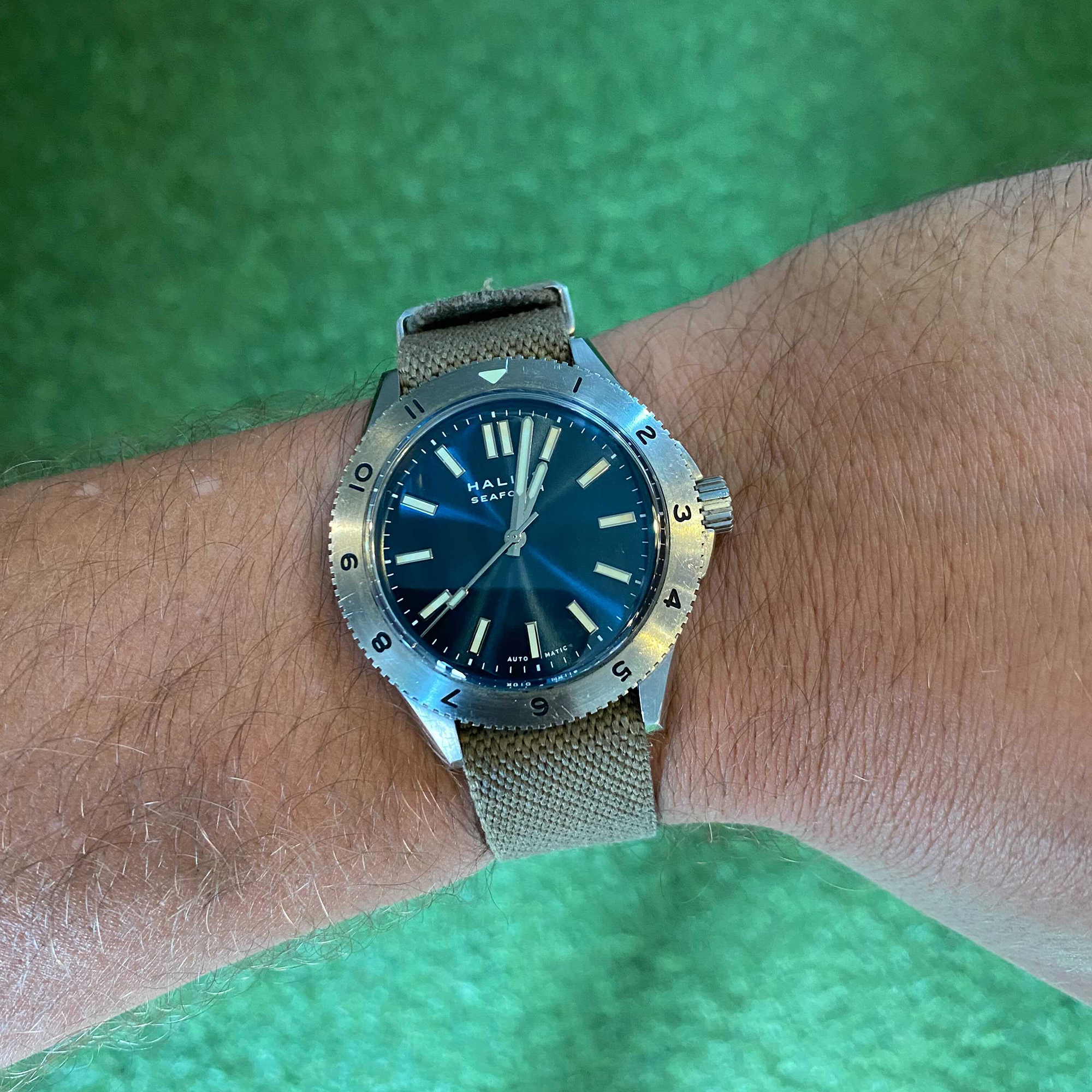 To me, the perfect adventure watch is one you don’t have to think about, with enough style to wear every day. I love my Halios Seaforth in how beautifully designed, yet rugged and utilitarian it is. It works anywhere. This watch has been with me every day for the past five years – from my wedding day to backpacking through Asia, and everything in between. I love the steel bezel and lugs – it feels bigger than the 41mm it is. I also threw on a nylon NATO strap, which makes it even easier to wear anywhere. 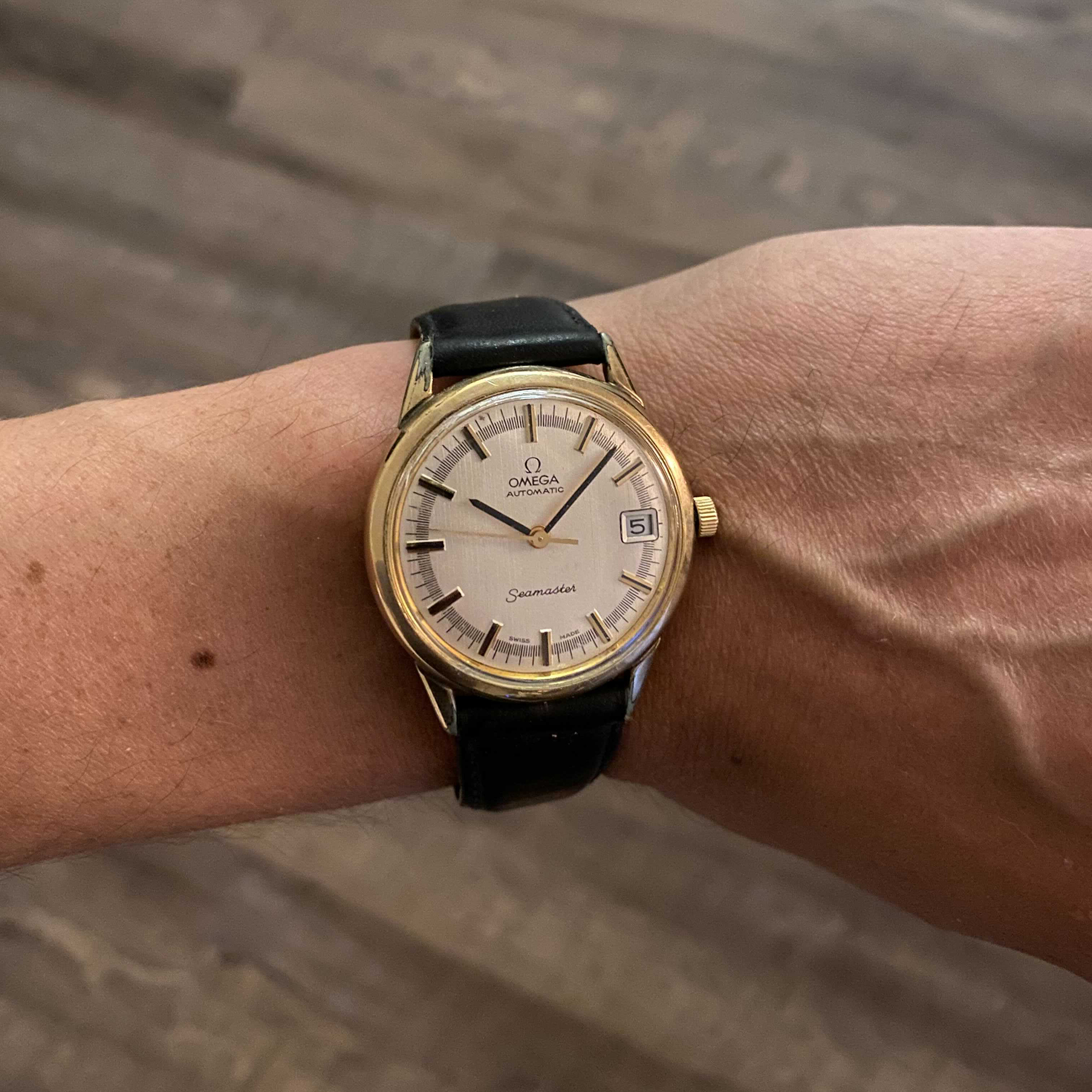 My oldest possession, and one that has seen the most adventure in its lifetime, is a vintage Omega Seamaster that was passed down to me from my grandfather. In the 1950s, he was posted as a diplomat for the newly democratic Burmese government in Washington, DC, and brought along his family, including my then elementary-school-aged father. Back then, international travel was by boat. They steamed from Rangoon to Ceylon, around the Horn of Africa to the Suez Canal, and onto the US eastern seaboard where my dad saw snow for the first time. Along the way, they stopped in Aden, a port in Yemen, where my grandfather picked up the watch that I would later wear to my college graduation and wedding, and plan to one day gift to my daughter. He would later have to smuggle it out of Burma when my family was exiled after a military coup. Whenever I put it on, it conjures that extraordinary journey he made nearly 70 years ago and reminds me how much I wish I had been able to meet him in person. 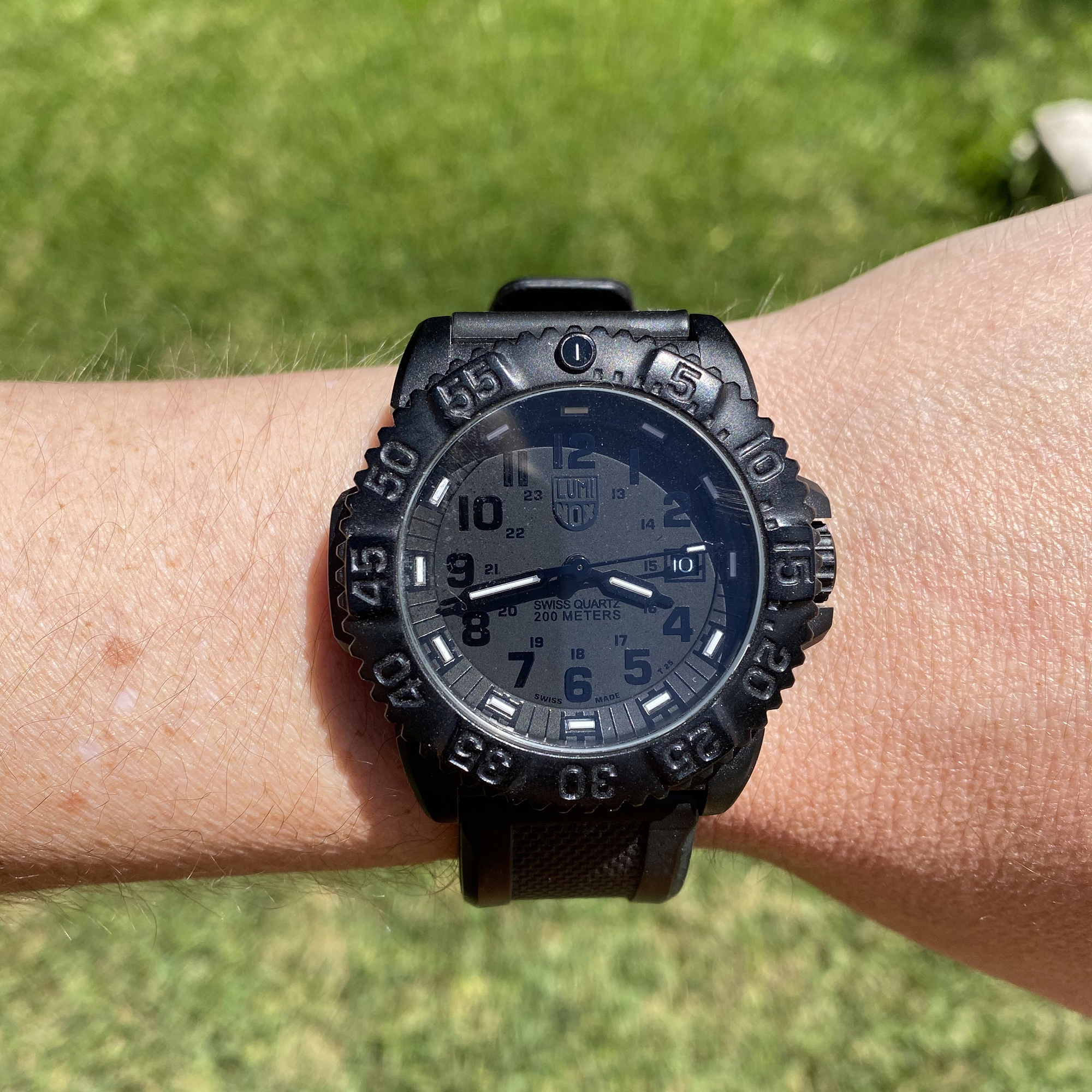 Before I became addicted to my Apple Watch, I seldom took off my Luminox Colormark Navy SEAL. The thing is just an absolute tank. I wore it swimming, wakeboarding, surfing, skating, snowboarding, and it took a beating but never stopped working. The black-on-black look made it kind of go with everything, and since it was waterproof, I literally never had to take it off. Even though I still wear my Apple Watch every day, I still keep my Luminox with a working battery, because you just never know when you need to get into some Navy SEAL stuff. 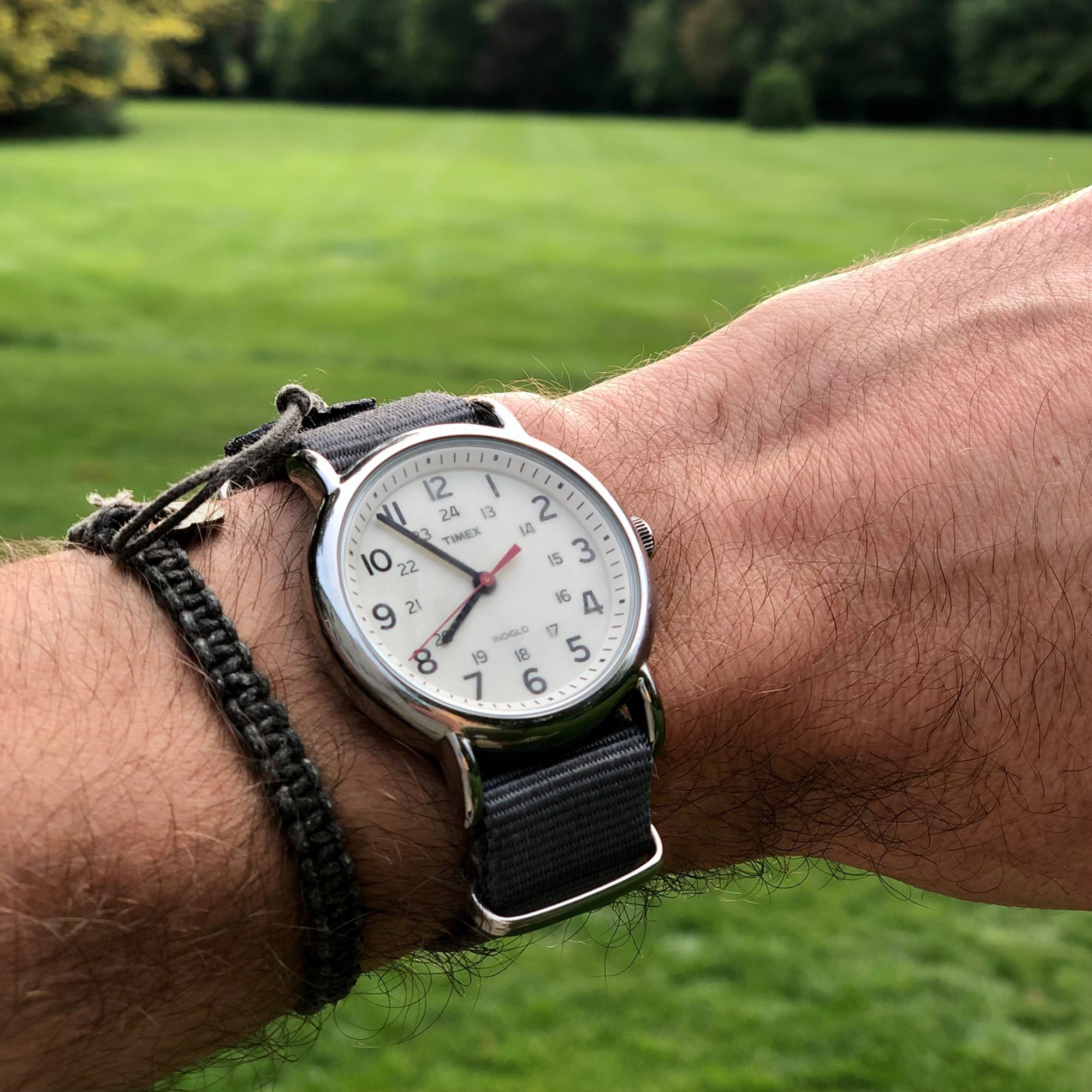 I always come back to my Timex Weekender. I love it for its versatility to go from adventure to everyday wear. Sure, it’s not the flashiest of watches, but, because of the changeable strap options, it’s a watch I can depend on for pretty much any occasion. I’ve had mine for over 15 years and it’s been on countless hikes, runs, bike rides, and beach outings. It’s affordable, can take a beating, and can be dressed up or down to fit the scene. 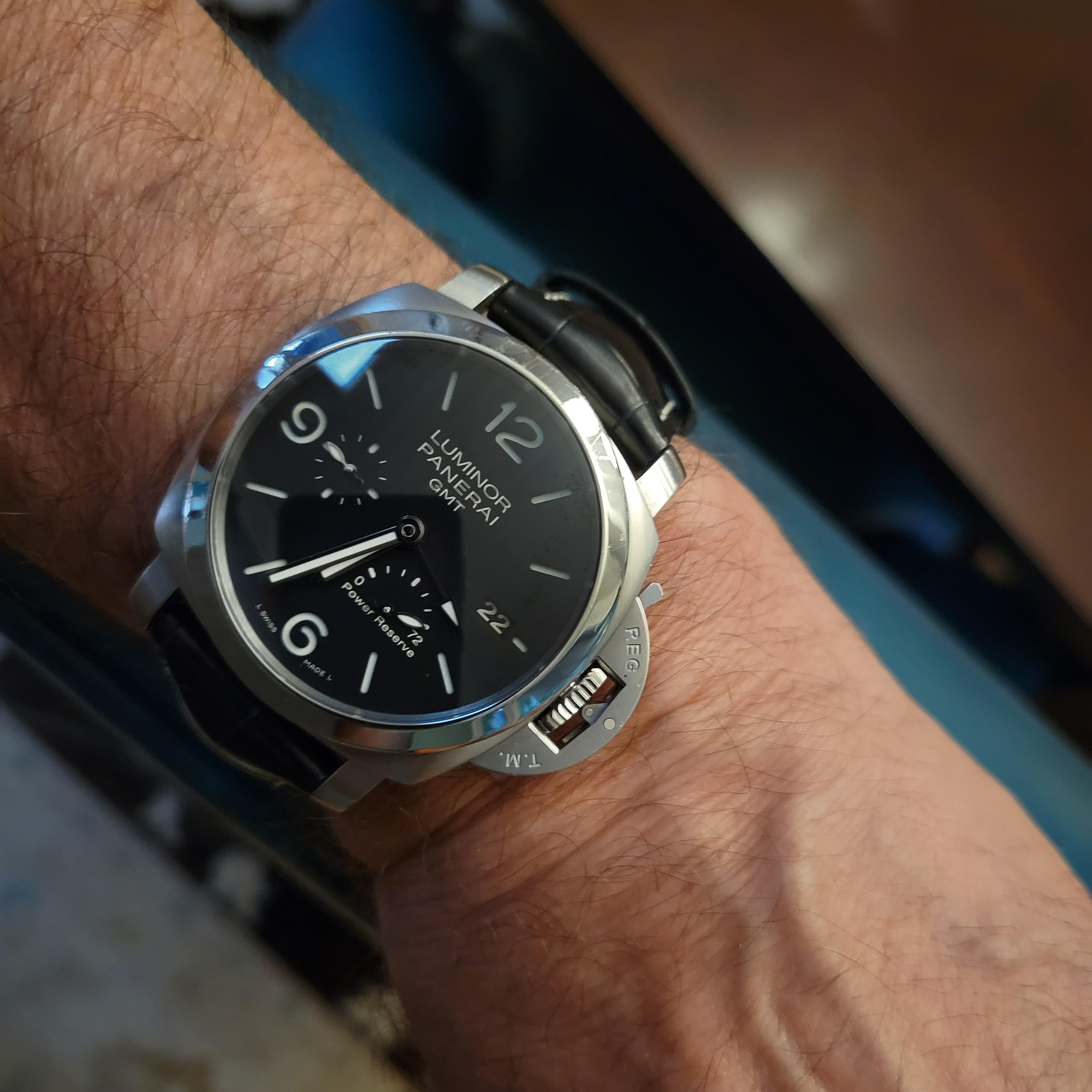 My favorite adventure watch is a vintage Panerai Luminor that my dad “lent” me and has never left my personal collection. I love that I can go surf with it, wear it to any fancy event, and rock it casually as well. It’s way too big for my very dainty wrist, but I love it, nonetheless. 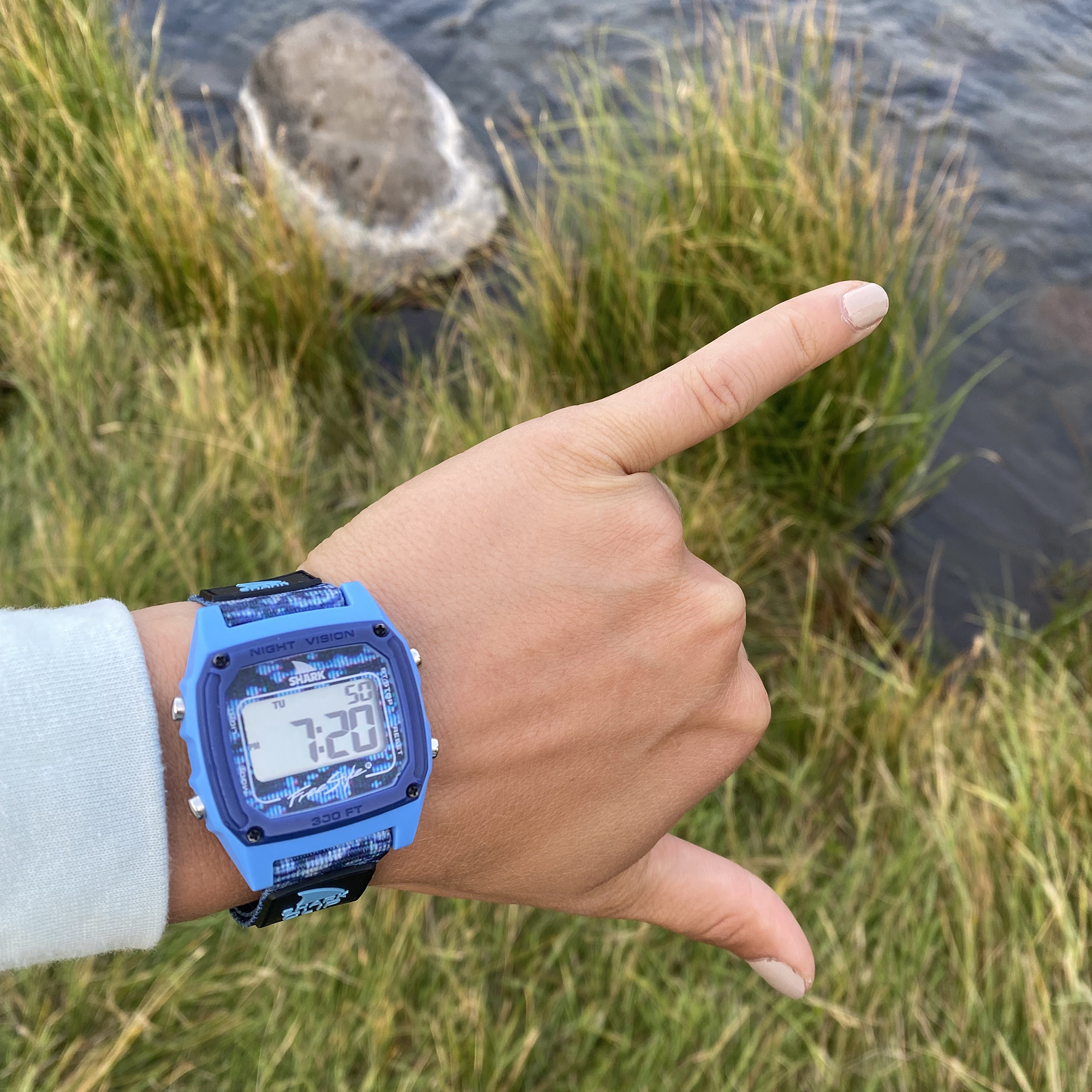 I’ll be the first to admit that my taste in watches is anything but sophisticated … while I have a great appreciation for the precise and intricate engineering behind a classic automatic watch, the ’90s kid in me just can’t seem to ditch my Freestyle Shark Clip. It has the right colors and retro vibe, it’s lightweight and waterproof so I barely notice it when I’m jogging or swimming, and best of all, it’s a great conversation piece amongst my fellow millennials. 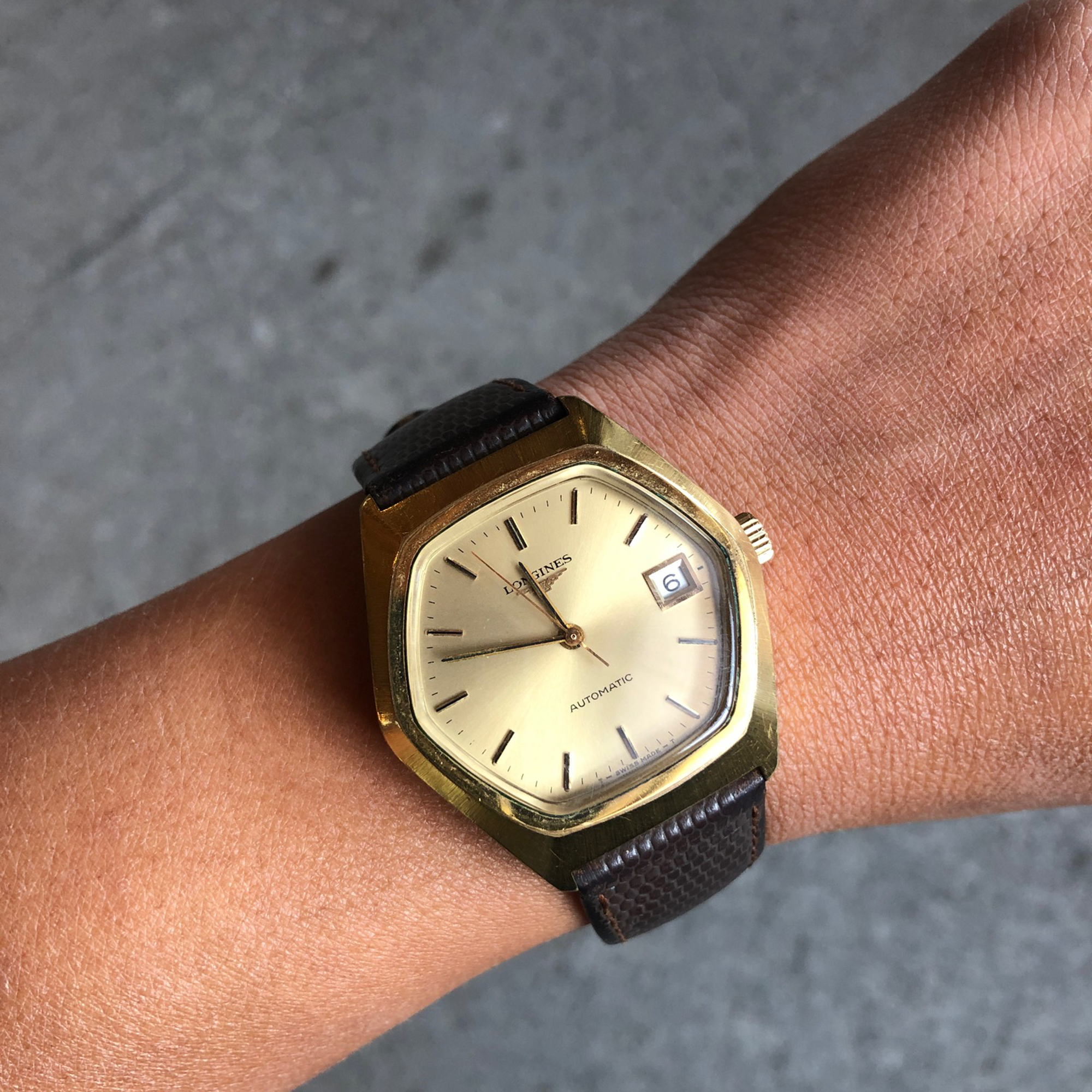 I found this vintage Longines on my second trip to Paris. I love collecting things from my travel adventures, and this is one of my favorite finds so far. What I love most about the watch is the simplicity of it, as it’s all about the rounded hexagonal shape. It’s faded to the perfect amount of wear. 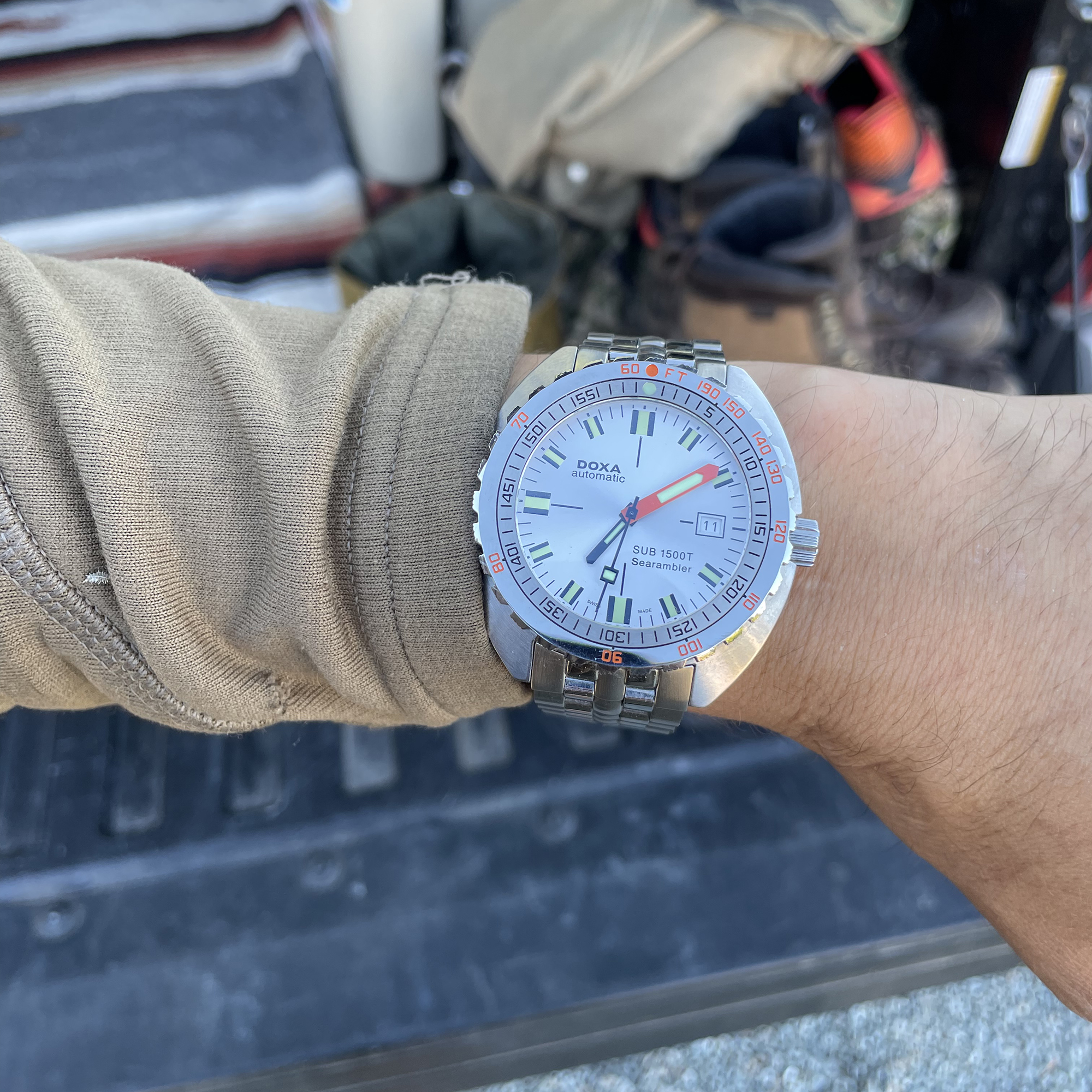 I spend a lot of time in or around water, so a proper dive watch is the only option. Aside from the overbuilt tool-watch functionality, when I look at my Doxa Sub 1500T Searambler, I get transported to the good old days of ’70s tarpon fishing in Key West – standing barefoot on a skiff in cutoff denim shorts and a linen shirt, listening to Jimmy Buffett playing on the FM while casting a rickety bamboo 12 Weight. A constant reminder of simpler times when saltwater fly-fishing was unexplored and the most technical piece of gear on your boat was the watch on your wrist. I also particularly love the bracelet clasp on this watch – it has an expandable feature that lets you make micro-adjustments on the fly, for when your wrist expands in hot weather or when wearing it over a wetsuit; no need to swap out for a rubber strap. 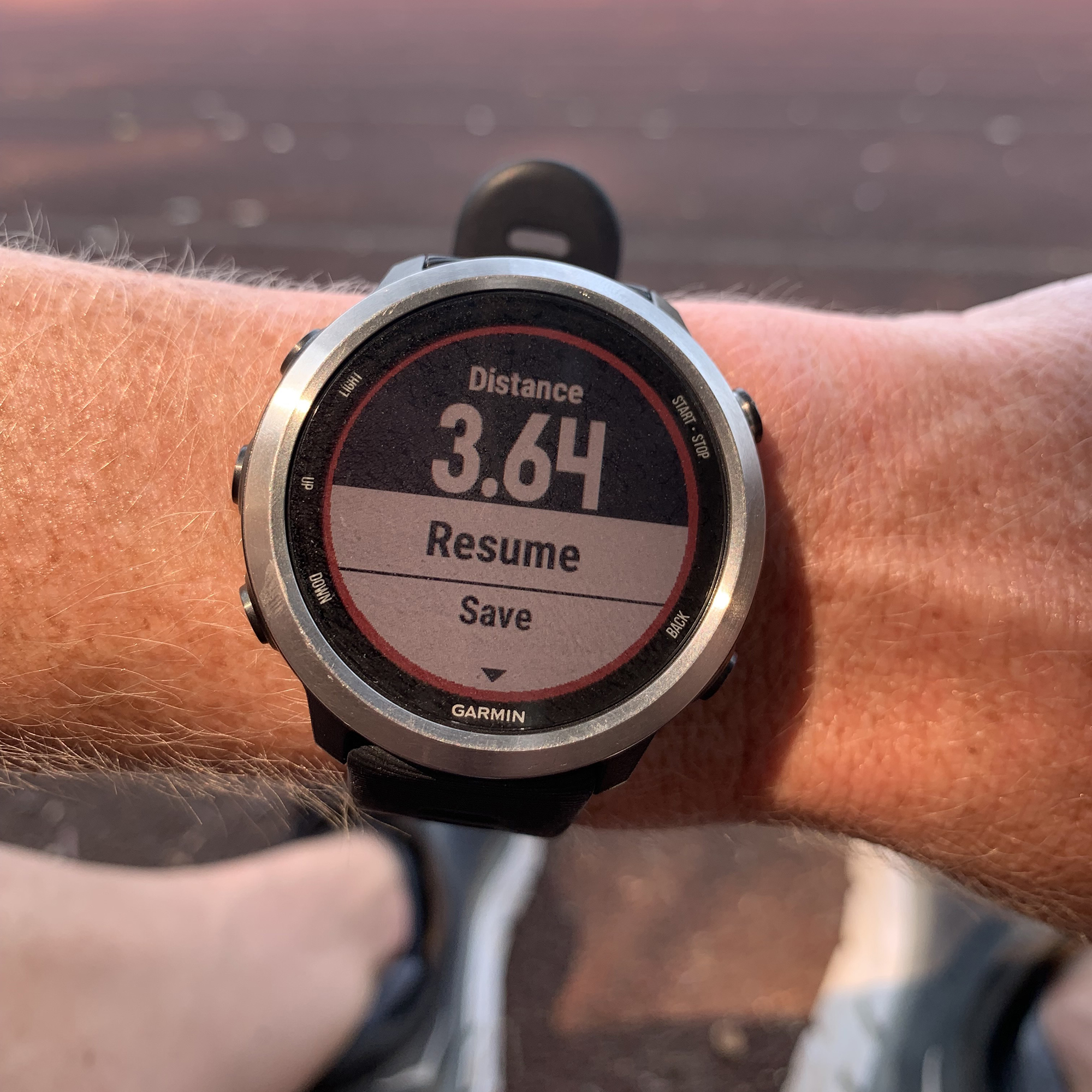 Whether I’m hiking along the coast or running intervals on the track, I’ll log my miles with a Garmin Forerunner 645 Music. Not only does it track my pace, distance, and effort, it syncs up to Spotify so I can download workout playlists and connect to my wireless earbuds. It’s so much more streamlined than carrying a clunky phone. (I’m also convinced that if you can’t hear how hard you’re breathing, you don’t feel nearly as tired.) Even if I’m not actually working out, I’ll still toss it on to see my GPS data when I’m out for a weekend bike ride, kayak, or surf. It’s fun to see where I’ve been – especially with surfing, where every ride looks like a zig and every paddle out looks like a zag. When you look back on all your activities, it’s a bit like going through an album of all the places you’ve traveled to, explored, and interacted with.

Watch Of The Week: How My Nintendo Taught Me To Love The James Bond Seamaster