Each vintage watch has a story; but more often than not, the story gets lost along the way. At HODINKEE, we love a good story because that is what we live for. In a rare opportunity, we discovered a Heuer “Rindt,” Ref. 2446, with a tale to be told which involves Jack Heuer in the late 1960s.

Each vintage watch has a story; but more often than not, some of that story gets lost along the way. At HODINKEE, we love a good story because that is what we live for. In a rare opportunity, we discovered a Heuer “Rindt,” Ref. 2446, with a tale to be told which involves Jack Heuer in the late 1960s.

The Heuer Autavia “Rindt” has become one of the highly-sought after vintage chronographs in association with the German Formula One driver, Karl Jochen Rindt (1942 -1970). This 3rd Execution model shows off a large 38.5mm case, signature beveled lugs, and a matching narrow 12-hour black rotating bezel. It just looks and fits great on the wrist. The dial has aged beautifully with a soft matte black surface and the faintly patinated luminous material against the striking baton indexes makes the watch even more irresistible. And last but not least, the watch is fitted with a classic Valjoux 72 chronograph movement which seals the deal why this watch has become one of the Holy Grail vintage pieces today. However, there is more to this watch. 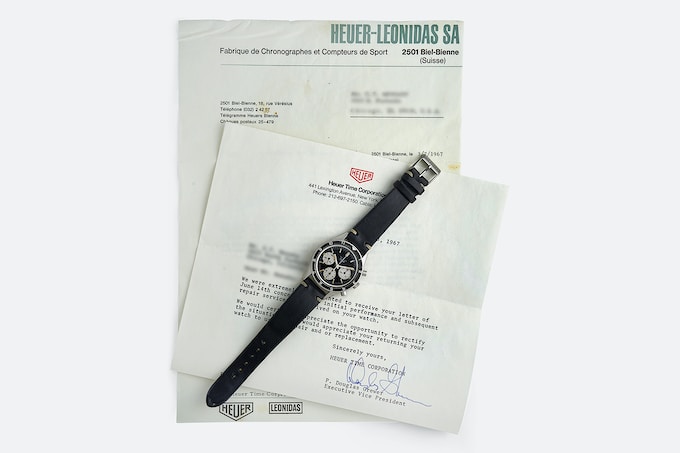 The story starts in February 1967, when a private collector in Chicago purchased a Heuer Ref. 2446. From early on, the watch would not function properly and would not keep proper time. So, consequently, he had sent out the watch for repair several times to Heuer Time Corporation, the company’s US service center located in New York at the time. The letter dated June 16, 1967 from Mr. P. Douglas Grewer of Heuer Time Corporation apologized for the defect of the watch and suggested to take back the watch for repair or a replacement. 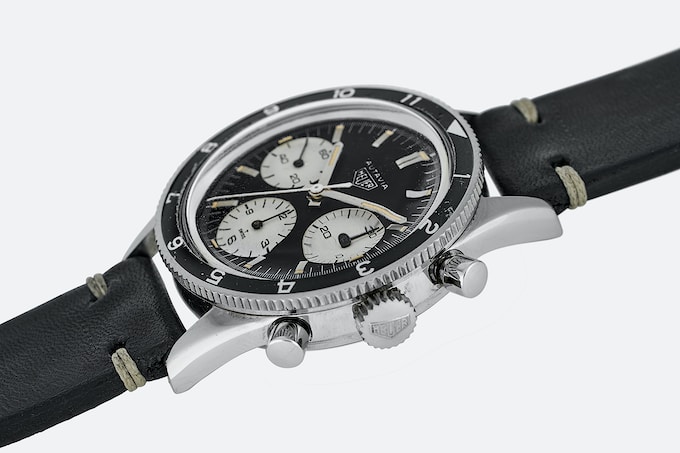 The copy of the letter from the owner sent to Heuer Time Corp. also reached the Swiss headquarters in Bienne and made it to Jack Heuer’s desk. His immediate response was to directly respond to the owner. As seen in his letter to the owner on July 3, 1967,  he shares his apology in regards to the repeat issues with the watch, nonetheless, he defends the company’s product quality in his letter:

The undersigned has a friend who recently bought a Rolls Royce car. Ever since he bought it, this car spent most of its time in a garage trying to be fixed, and this friend got so dissatisfied that he finally asked for the money back on his Rolls Royce. To state hereafter, however, that every Rolls Royce stinks, to use your terms, is quite a statement, and I am sure will agree with me that one cannot generalize in such a manner. 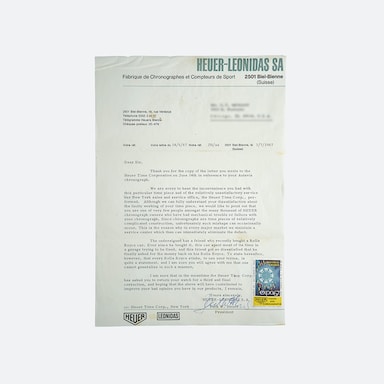 The comment is somewhat comical in retrospect, especially with the comparison to Rolls Royce. But one has to deduce that Mr. Heuer had a fairly hands-on approach to his managerial style and a keen concern about customer satisfaction. After receiving this letter, the owner decided to give Heuer another chance to rectify the situation. The watch went through another round of repair in April of the following year. Finally, after multiple repair attempts, the owner received his watch back and has happily worn it for several decades without any major issues afterwards. The watch itself has aged beautifully, especially with a soft patina on the dial which any vintage Heuer collector would greatly appreciate.

To quote Mr. Heuer, the lesson here is that watches are “complicated” and “mishaps can occasionally occur.” But more importantly, what still rings true today is the personal connection is what makes the difference in a long-lasting customer experience. One watch at a time, Jack Heuer helped build the company into a prominent global organization as we know today. You can read more about this special Heuer Autavia Rindt here. 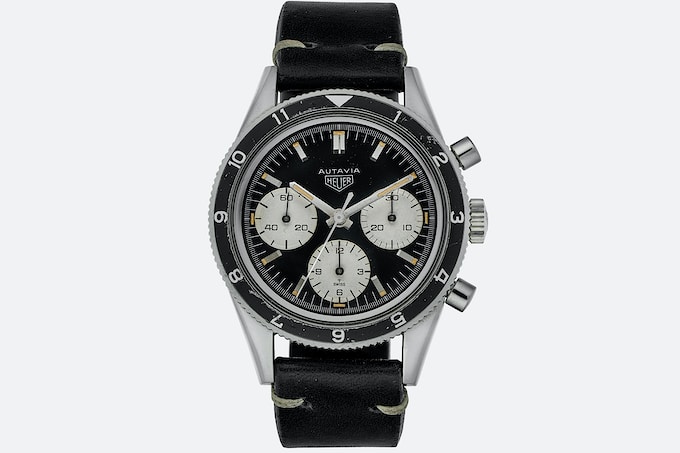 A Week On The Wrist: The Tudor Black Bay Fifty-Eight

Blue Dial Watches For Every Occasion