Watch Of The Week: The Patek Philippe That’s Perpetually On Gary Shteyngart’s Mind

Watch Of The Week: The Patek Philippe That’s Perpetually On Gary Shteyngart’s Mind

Is there one watch to replace them all?

In Watch of the Week, we invite HODINKEE staffers and friends to explain why they love a certain piece. This week’s columnist is the author of many delightful books, including the novels Super Sad True Love Story and Lake Success, and the memoir Little Failure. His next novel, Our Country Friends, is due out in November.

Ashort while after becoming obsessed with watches, I invited myself to the West Village apartment of one Benjamin Clymer in the guise of a New Yorker writer penning a piece about his new hobby. I should have brought a bib such was the amount of drool dribbling off my chin as I inspected the timepieces Ben laid out before me. Their provenance seemed to stretch from Eisenhower to Graves to John Mayer (shockingly, I had no idea who he was before my descent into watches), and yet the piece that captured my imagination the most was a relatively prosaic Patek 3940 in white gold, and to this day I cannot stop thinking about it. 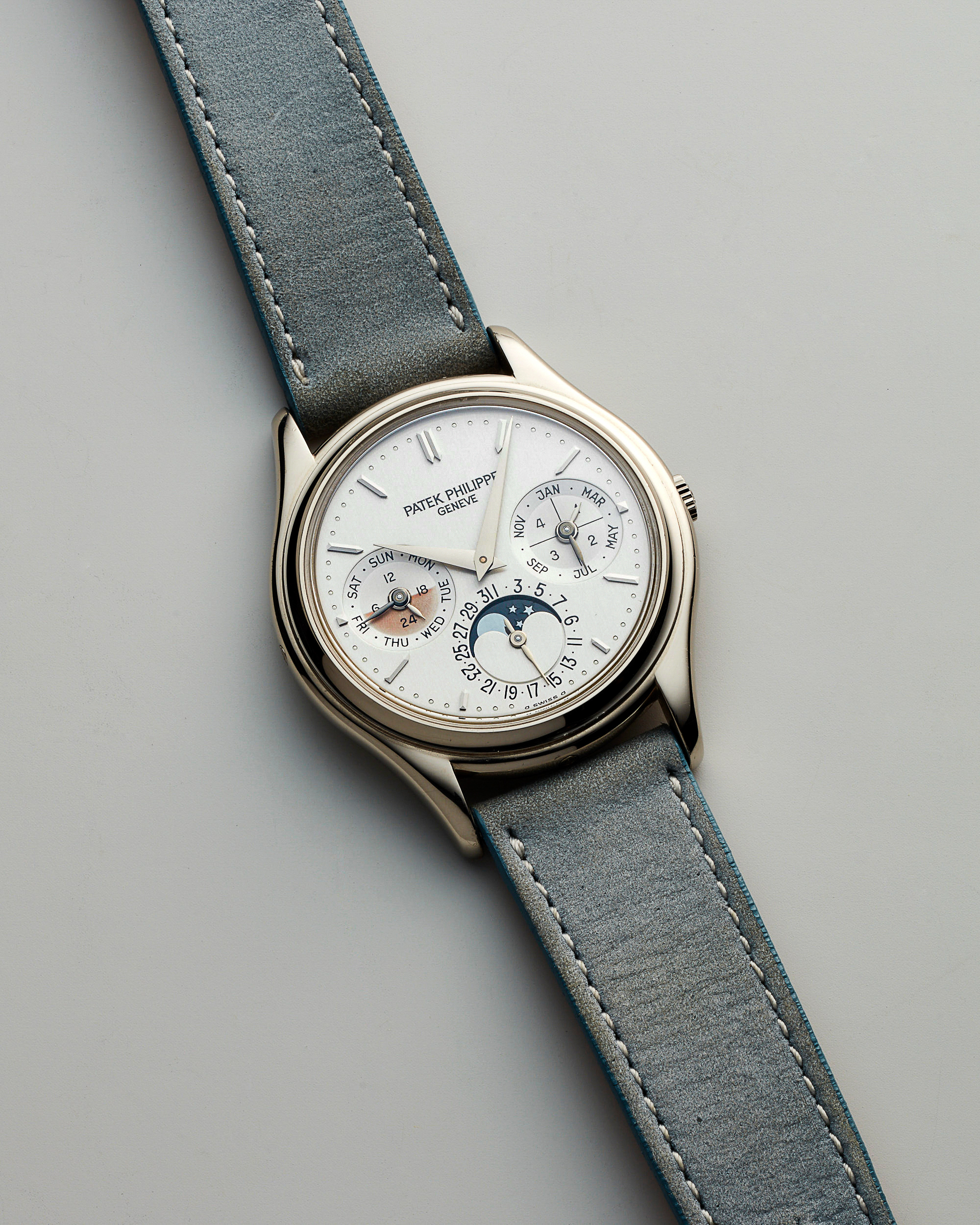 A mere half-decade later I am approaching the psychologically debilitating point of owning 20 tick-tocking devices. Beyond that number there lies madness, or at least an inability to say, “I am not a collector, merely an enthusiast,” whatever the hell that means. Whenever I imagine culling my herd and replacing it with but a few significant animals, the 3940 always presents itself as the leader of the pack.

The perpetual calendar reference, produced from 1985 to 2007, straddles the line between modern and vintage, between computer-aided design and pre-CAD, between the grace of golden-era mid-century Patek and the advances of its contemporary movements. While it spent a year being produced alongside the legendary 5711, I find it a much more interesting, indeed daring proposition.

The watch represents Patek’s gloriously raised middle finger to the protagonists of the quartz crisis, as the battery-driven watches of the mid-’80s could now easily account for leap years, all while chronographing, singing songs, and enabling logarithmic calculations. Of course, today Bulgari and others have issued slimmer perpetual calendar movements, but no other watch feels this right on the wrist, and I can think of no complex watch (my apologies, dear Tri-Compax) that makes quite the visual feast of its subdials. It is less a matter of form following function in the traditional Bauhaus formulation, than form and function moving into a Brooklyn sublet together and making sweet love from morn to dusk. 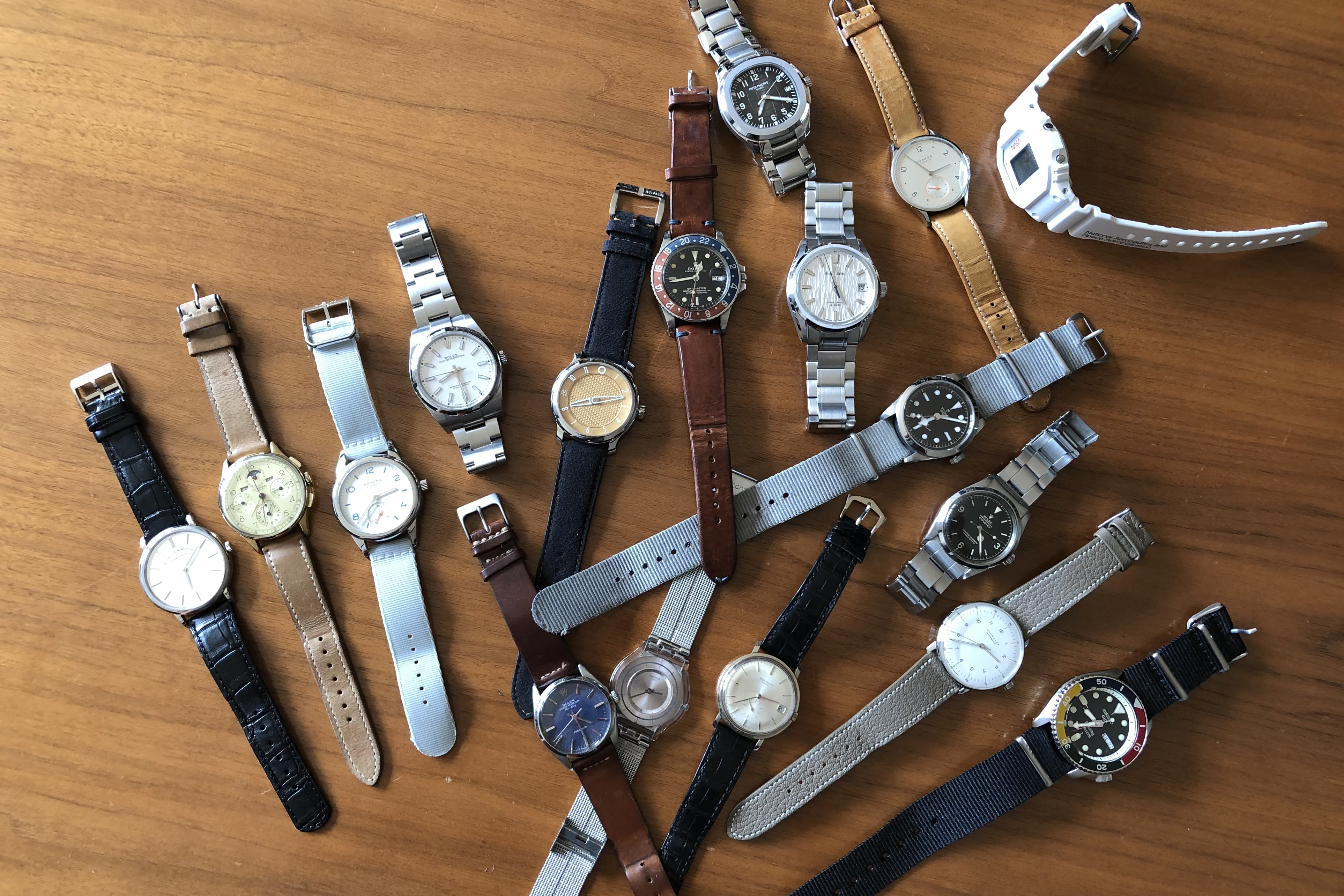 I know of many collectors who share my passion for the 3940 and mention it as their final grail. While it is a crazily expensive watch by any measure, the 3940 does not race ahead of inflation in the manner of, say, Dufour’s Simplicity or almost any F.P. Journe. And, yes, I can imagine selling off most of my collection and making the 3940 my daily watch. Except … Well … As an ardent swimmer, I would need something to take into the waters during the two hours per day I spend partly submerged. And for that I nominate my beloved Aquanaut 5167 on a bracelet, a watch that tends to inspire many to vocalize the words, “Brah, did you pay retail for that Nautilus?”

I would also need a water-resistant watch I could take during my trips to less than safe parts of the world where an Aquanaut might catch the attention of some clever-fingered types. For this purpose I would retain my Nomos Club Neomatik, with its jaunty Interstate-inspired font and sultry bright numerals. During a recent trip investigating Italian organized crime with a Neapolitan cop, it performed admirably and discreetly. So that would be it, a simple three-watch collection, led by the 3940 with the Aquanaut and Neomatik Club in supporting roles.

Only which 3940? Here Patek perpetual worshippers cleave the faith into several sects based on the four precious metals in which the watch was issued (white, rose, and yellow gold, as well as platinum) and the three series produced over two decades. The “correct” answer for many is a first series example in yellow gold, a series noted for the traditional techniques used in its production, its beautiful sunken subdials, and the tactful nature of its smaller Patek signature. Hell, I’m not one to argue with the First Series Acolytes, but if the 3940 was to become my daily non-aquatic wearer, I would probably prefer white gold or platinum, perhaps one in the second series, before the properly yellowed moon was replaced by a silver disk in some of the third series. My buddy Eric Wind tells me that finding a 3940 in non-over-polished condition is possible but not that easy, with box and papers even harder. As someone who survived the ’80s and ’90s this makes perfect sense – we were too blitzed out of our minds to save anything. 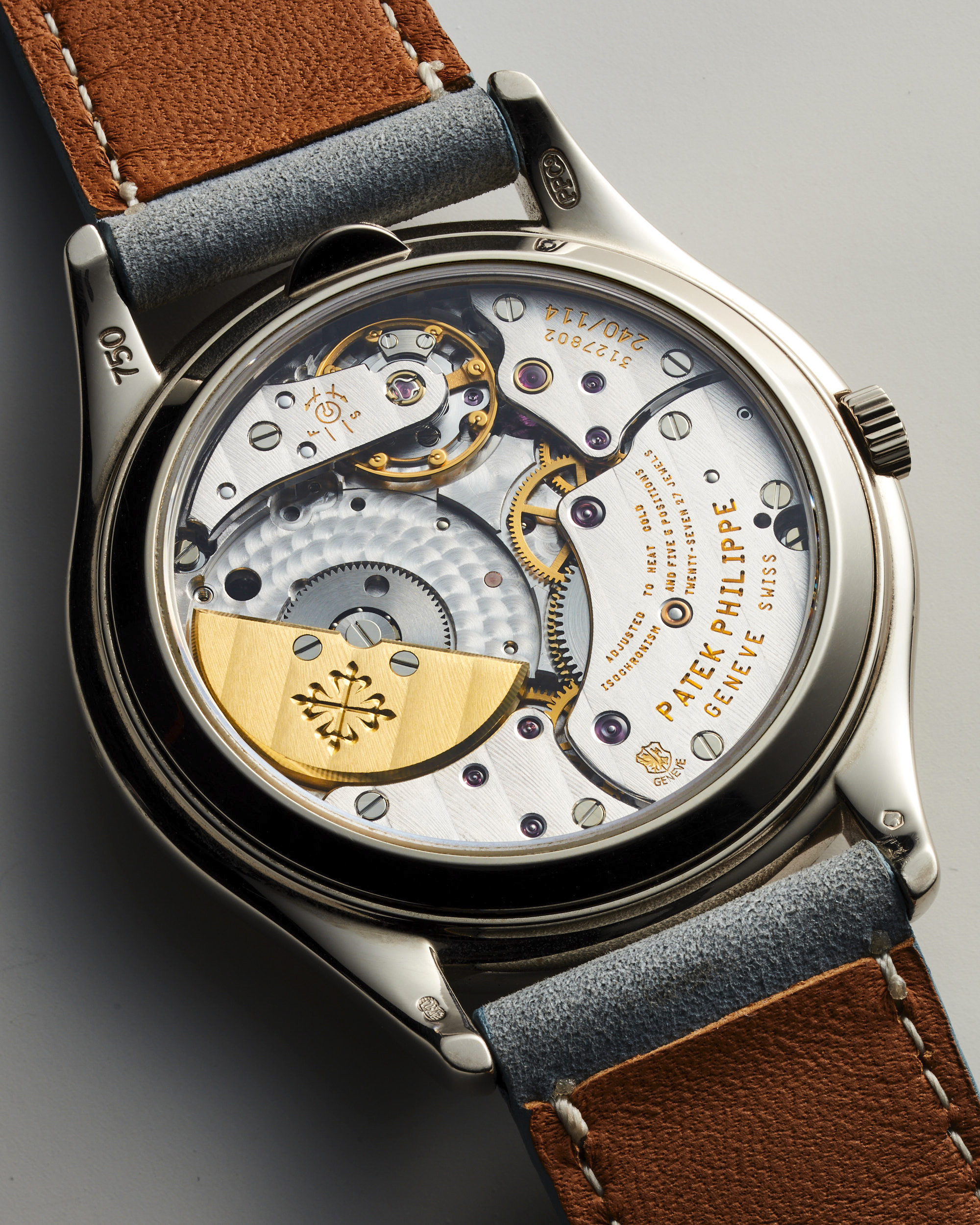 Now I hear some of you say, Gary, don’t sell most of your collection. Why not simply add the 3940 to what you already have? I enjoy using my watches solely for the purposes for which they were intended, and I believe a perpetual watch needs to be used, well, perpetually. (In case you’re wondering, I am not a fan of auto-winders). There’s something melancholy, intellectual, indeed Forsterian (as in Jack) about a device that measures out our days in a four-year sequence – as someone about to turn 50, I have only so many of these cycles left – and I would want to honor the way such a watch marks the passage of time by not relegating it to a drawer and then butchering its mechanics as I attempt to bring it up to date once a month.

Of course, there’s the matter of actually reading the sub-dials, and either Wei Koh or someone Wei Koh-adjacent made the joke that by the time you can afford a perpetual calendar you’ll be too long in the tooth to be able to read one. Here I would have to pray to the god of progressive lenses for salvation.

My favorite Talking Watches episode may be the one with William Massena. Not just because of his incredible collection, but because of his admiration for “the guy who buys one watch and doesn’t think about it,” and how he longs to be that guy. Of course, becoming a one watch (okay, three watch) guy would mean selling the delightful Ming x Massena Lab yellow honeycomb currently on my wrist (yes, it’s perfectly aligned, shame on you for asking). Or the recently bought White Birch, which I consider one of the four or five best Grand Seikos ever produced. Or the vintage ’60s Rolexes that would inspire such “gilt” if they were ever sold (sorry). Or the yet-to-be-bought vintage King Seiko I have in mind once the pandemic is truly over and Tokyo is fit for horologic habitation.

Does the 3940 have enough drawing power to make a non-collecting “enthusiast” out of me? Honestly, I’m afraid to find out.

What Makes A Watch Stylish?

A Week On The Wrist: The TAG Heuer Autavia 2017